Already 50 years, Verbeek Hatchery Holland is active in Hatching and rearing the best day old chick and pullet for their customers.

Since the establishment in 1963 of the Hatchery Verbeek, the company is based in the Netherlands. Verbeek Hatchery Holland is with its hatchery and rearing concept, witch leads to a high quality day old chick and pullets, one of the leading companies in the poultry industry. Up until now, the company of Verbeek proved to be successful and has preserved its independence as a successful innovative producer of hatching eggs, day old chicks and laying hens. With foresight and broad view, the company of Verbeek Hatchery Holland has successfully developed its products and is always aiming for the best and most profitable solutions for its customers.
During the early years of the 60 's and '70s, it was necessary for Verbeek making the transition as traditional egg producer into a modern responsible hatching and rearing company.
Time and time again, the previous owner and his team  proved also in difficult times a good sense of choosing the right options in the production of high-quality day-old chicks. The  rearing of pullets is optimized with ‘the Dutch chicken mind’. Still now, the customers of Verbeek Hatchery Holland have an advantage hereof.

The last 10 years, Verbeek has focused on the future under the leadership of Mr. Pieter Kruit as  Managing Director. Signals from egg traders as well as the poultry farmers, were combined with developments in the sector and have led to a number of significant decisions. In the early years of the current century, the transition of the former ISA laying hens was carried out into Lohmann hens.
Last year, Verbeek succeeded in the Netherlands in a very short time to establish a total product change towards the Novogen hen. Verbeek Hatchery Holland recognized the advantage of the Novogen Brown and Novogen White for their customers, and introduced them into different markets. In 2009, the company of Verbeek also developed and constructed  a new modern Hatchery in the Netherlands, which is since 2011 supplying  the growing demand for high quality day old chicks.

Also, Verbeek Hatchery Holland is now due to her hatchery and rearing concept active  in many different countries all over the world. In Germany and Poland, Verbeek Hatchery Holland  meets the demand of her customers witch successfully use the Novogen product range for better performances. A highly motivated team of co-workers with passion for poultry, is  looking forward to continue   our mission to provide our customers with the best day-old chick or pullet for the next 50 years in this industry. Verbeek will take its 50th anniversary as an occasion on the customer days on the 8th , the 9th  and 10th October 2013 to invite their customers and present the theme “Behavour and profit are attached” . Last but not least we like to say thanks to all our customers which made our anniversary possible.. 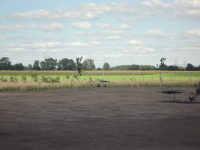 28 December 2021 - Groupe Grimaud has decided, following a strategic reorientation, for the transmission of their laying division. This concerns the companies NOVOGEN and...
Continue reading

Only the best result count: view our new Verbeek magazine!

29 September 2017 - Verbeek has been working hard for many years to meet your desire for top results. And we do so with a passionate team of specialists, all based in Lunteren,...
Continue reading

A keen eye on birds is essential